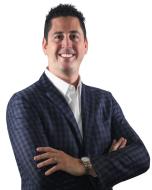 Jeremy is the President of Management Services International (MSI). MSI has managed hundreds of businesses that are utilizing a captive insurance company structure. MSI currently is one of the largest captive managers in the state of North Carolina. Jeremy specializes in IRC Sec. 831(b) captives. He has authored articles for Round the Table for the Million Dollar Round Table, Captive.com, Captive Review, Captive Insurance Times, Captive International and other publications. He is a sought-after speaker for professional groups, such as: CPAs, lawyers and financial advisors, on how a captive structure works and could be a great benefit to their clients.